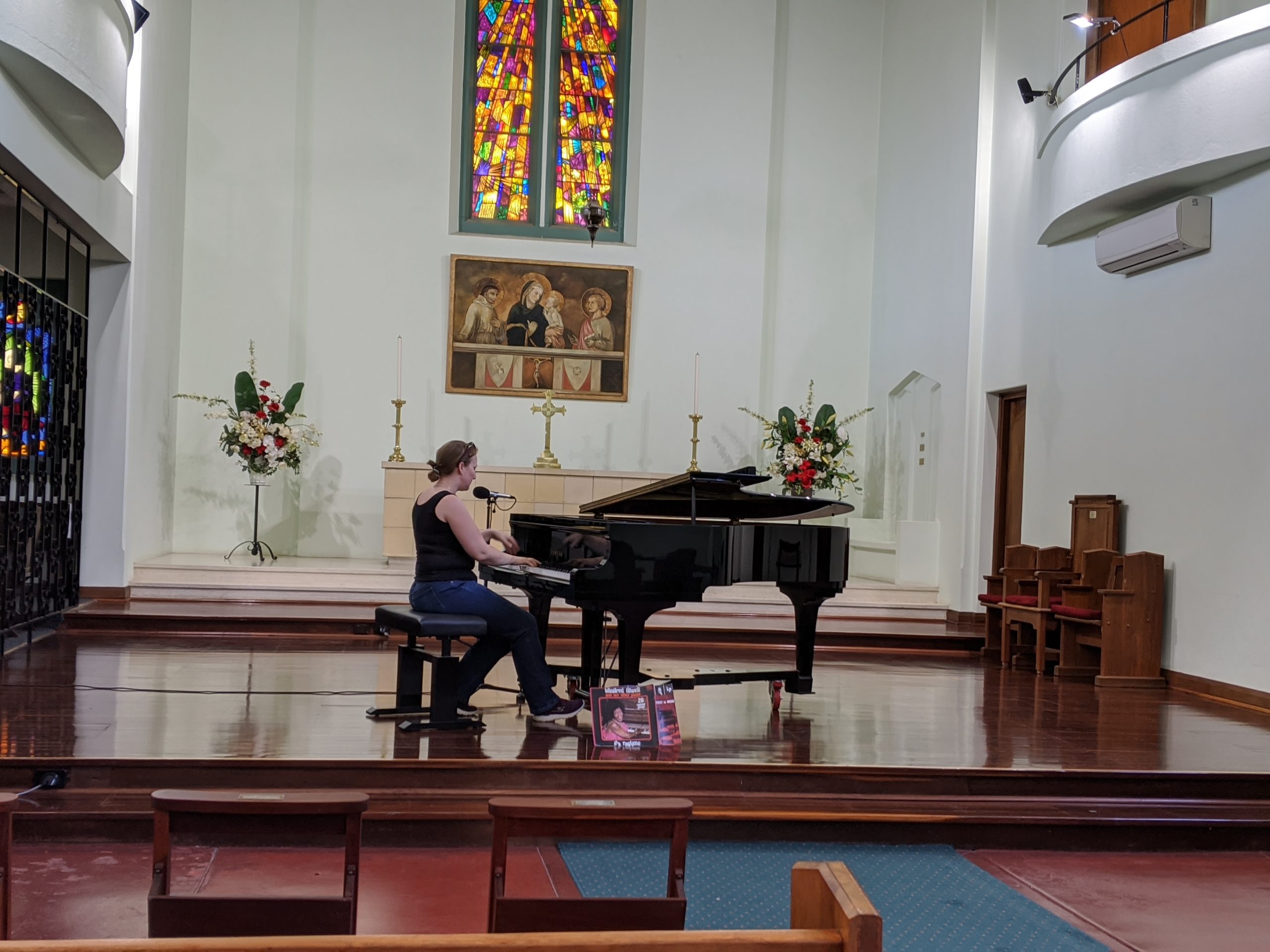 The Day The World Stopped

It is the 16th of April...one month since the world completely changed...

I think it was the 2nd of February and I had just arrived in Perth to perform several shows in Perth’s Fringe World Festival. A few days later I was slightly concerned about this virus as I had flown the day that it had first been detected in Adelaide. I was having a great time performing, mingling with other artists and op shopping. All the shows I was involved with were going well and so it left my mind until we (Melanie, an artist and friend, and I) were heading to Adelaide (home for me) to perform in Adelaide Fringe.

The virus was getting more media attention but I could not find anything about it or specifically about Adelaide. Where there any more cases? What happened to those cases? Should we stay in Perth as at that stage Perth had no cases? I couldn’t find answers anywhere and so when the time came we got on a crazy early plane and arrived in Adelaide.

It was a very different Adelaide Fringe for me. I produced only two of my own productions and did not run any venues this year. I did perform a lot. I had an amazing Fringe Festival, performing every day and running around supporting other artists where I could. I even did my first full-hour concert of my own original music which was really lovely and well-recevied (5* review). Life was good and I felt really happy.

I was making big plans for upcoming Festivals, I had other events of mine coming up (some which had to be postponed due to the bushfires earlier in the year), I had a date locked in for my Sydney Opera House debut. I was making enough money to survive and to pay more and more off my debt from the previous year.

More information kept coming forward about COVID19 yet it still didn’t seem real or serious. Until the government put restrictions on events with more than 500 people…starting 16th of March. The day after Fringe finished. Ticket sales did drop on that last week as people started to be a little worried but many enjoyed its final days.

I received a call saying that the following week, beginning the 16th of March, would be the last week for the foreseeable future of three choirs I work for. These choir rehearsals and gigs make up most of my income. I had also been looking and talking with the university about completing an Honours in Popular Music starting mid-year 2020. However, I got a call on the 10th of March to say that I had been accepted and that my term had already started.

Ok, so I had a plan. In the early morning of the 16th of March, I went to Centrelink and waited 45 mins to see someone to talk about whether I go on Newstart or Austudy. She spent a few minutes with me letting me know what forms to fill out and what I needed to show as a freelance musician. I then went to choir rehearsal to see everyone sitting 1.5metres away from each other. At least we all still fit in the room. We sang and I cried.

Following on from the rehearsal, I went home and proceeded the phone calls and emails to cancel anything I possibly could. I called the bank, my phone and internet provider, utilise. As it was all so new at that time, after being on the phone to some people for 3 hours, I was offered discounts. March 18th saw the ban on gatherings of more than 100. So, I had to cancel all of my upcoming events. We had one last choir rehearsal on Wednesday for another group I work with. I still had one more rehearsal on Thursday. We had planned a big night.

Then all choirs were cancelled. Thursday night was gone. I went to the school I work with and no-one was there. They had forgotten to let me know that choir and all events had been cancelled for the rest of the term.

On the 22nd of March, I heard from Foodland Pasadena saying that they would like me to come in and play all week if I could. I was both excited and unsure. I didn’t want to get sick. On the 23rd I took in my disinfectant cloths and headed to the piano in the Flower Bar area. As they were no longer trading as a sit-in cafe they had taken out all the chairs and so I was surrounded on all sides by flowers and plants. People could not get close to me. I disinfected the piano and sat down to play. I was not only something I really needed but that people gave me so many lovely comments about. It was something we all needed. The next morning I felt slightly revived and headed to play again, only to receive an email saying they had cancelled the program for the foreseeable future. I was devastated. The following day the hospital’s Arts in Health program called and said they had cancelled my performance. I was slightly relieved but also so very sad as I know people need music right now. I felt like my hands were tied as I could not do the thing I loved but also could not help others with it.

Now everything was gone and, as it had hit the hospitality industry and a few others now, businesses started offering deferred payments. So, I went through the whole process of ringing all the people again and getting my lower payments deferred. It took a toll and was hard. Centerlink wouldn’t let me upload my documents…for days…

Then came the big festivals, not just in Adelaide but across the world. Some postponed and I was unsure about planning for later dates as we do not know what is going to happen for the rest of this year. I waited to hear things on the news, to see a story about me and my industry. There was nothing. The biggest arts market in the world (Edinburgh Fringe) was cancelled and not even a story. What was on the news, the fact that some footy players were not happy about being paid a percentage of their pay when they were playing. It was a kick in the guts. They kept talking about how badly the hospitality industry had been hit. I knew we were not the only ones hit but there were no stories about us. No “here’s how you can help our entertainment industry” stories.

Some bigger artists like Amanda Palmer said that as they had the means to stay in lock-down for a period of time they would work towards helping us smaller artists survive. Her posts have been a lifeline, a reminder I am not alone. I am a hugging person and I cannot visit my friends for a hug.

Then Sydney Opera House said my show could not go ahead and I would need to look at a new date or refund. I had been so excited for this and so pleased my show had been accepted in a time when they were being selective due to renovations. It will happen in the future but I am looking to 2021 now. I don’t even know what 2021 will look like but I hope I can still fulfil this dream and have it be a success.

In April, a payment went through from one company I had spent a very long time on the phone with where they had taken out double the amount they were supposed to. I spent the entire day on the phone trying to get it sorted. How could they take money from me when I had none to give.

Across this whole time, I have had support and love from so many people and it has been overwhelming. There has been generosity that I can never repay but I will make things as that is what you have said you want to support me to continue to be able to do.

I have discovered Tick Tock and made a few silly videos, learnt Zoom, I have binged telly, I have played table tennis, I fell asleep in the sun, I have used my hula hoop, written some songs, done some research and done what I can to survive. Someone suggested to me that this was my long service leave…long service leave with no pay…and I kind of like that. After almost seven years as a freelancing musician – with music as my only income – I have busted my guts and so I am getting a break. I am getting to pause. I cannot do much else until I hear from Centrelink anyway.

We aren’t through this and I think our lives will be forever changed. There are families that have lost loved ones – many people have not survived this. It is hard. There are people doing stupid things and there are people doing extraordinary things. My heart goes out to everyone. Earth is healing. I am healing. There are butterflies in the garden. I am going to use this time to recharge, write and help wherever and however I can.

I hope to be able to see you all soon and share a big sigh and a big hug. Stay safe and at home. Keep in touch with me.